Adobe Premiere Rush for Android was launched just two months ago, giving people an instantly popular option for editing video without lugging along a laptop. However, as you would expect from most apps when they first launch, Rush lacked some of the desirable features found in some mobile editors and most desktop editors. Today’s update will fill in one of the most requested features: Speed adjustments.

Speed changes are a common practice in many different types of videos, particularly documentaries and vlogs. Sometimes it’s almost necessary to speed up videos, like with sunsets or most drone flights; and other times it’s an artistic choice, like slowing down B-roll footage to make it feel a bit more epic, which has become a very popular technique used by vloggers like Peter McKinnon and Sam Kolder. (If you want to learn more or just see examples, here’s a short B-roll tutorial by Peter McKinnon.)

After the release of Premiere Rush on mobile, users immediately started asking for the capability to adjust speed. The latest update to v1.2 brings that to the table with an interface allowing using to directly change the speed of a clip or define a duration and Rush figures out the target speed. This can be done on the entire clip, or just a portion of it. Premiere Rush also supports speed ramping, which gradually speeds up or slows down the footage so it doesn’t appear to lurch as the speed changes.

If you’re not replacing the audio entirely, Premiere Rush also automatically adjusts the pitch for retimed footage. This will keep the sound from turning chipmunk-like if it’s sped up or become super deep when it’s slowed down. This can be turned off, if you like. 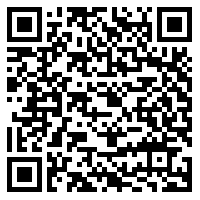