Google launches a lot of things, and some of them don’t survive. You’re probably familiar with the high-profile deaths like Google , Allo, and Reader, but there are numerous little-known services that never gain a following before Google kicks them to the curb. That’s the case for Follow Your World, which shuts down next month.

Follow Your World launched eight years ago as a way to track new satellite images in Maps. Simply set a point of interest, and Google would send you a notification when that area got new images. Cool, right? You probably wish you’d heard about it before it was dead. Users of Follow Your World can sign in any time between now and September 30th to download their data. New users won’t find anything when attempting to use the service. 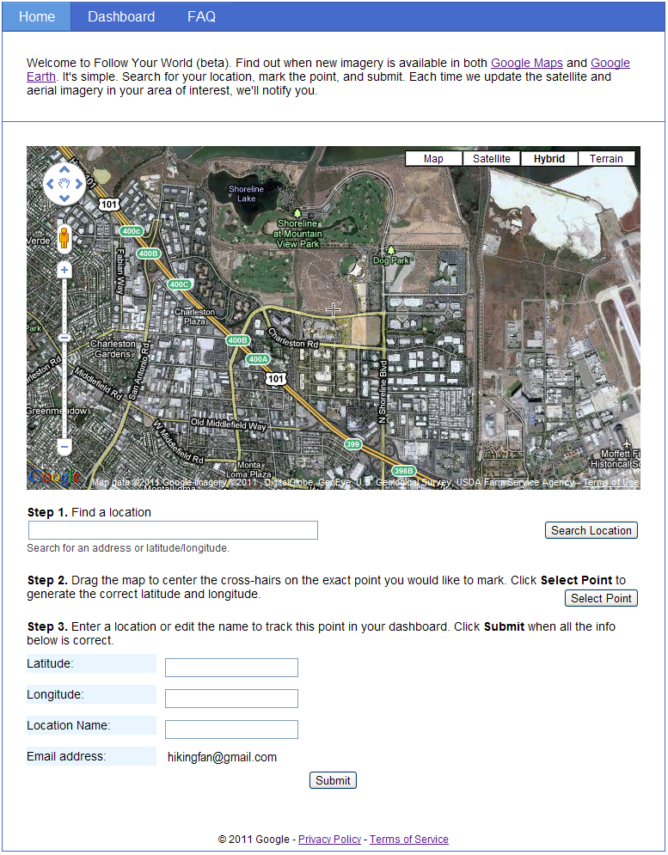 Google says it has more ways to follow updated images in Maps these days, so Follow Your World isn’t necessary. There’s the Google Earth Medium account, which regularly posts about new imagery. There’s also Google Earth, which lists areas with new 3D coverage. It will soon get map layers for new 2D satellite images, which is vaguely similar to the functionality in Follow Your World.