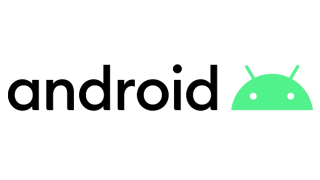 Google’s mobile operating system, Android, has been given a minty fresh logo redesign and a new naming system with the launch of Android 10. Leading the redesign are new colours for the Android robot and brand name (above), which sees Google doing away with the sweet-based system.

The new-look Android bot that will now be gracing the best Android tablets and your favourite Android apps  is now a minty green colour. Google says the shade is more modern and – crucially – more accessible than the previous lime colour.

“It’s a small change, but we found the green was hard to read, especially for people with visual impairments,” said Android’s VP of product management, Sameer Samat.

“The logo is often paired with colours that can make it hard to see – so we came up with a new set of colour combinations that improve contrast.” As well as changing colour, the body of the Android has been removed from the logo. Watch how the brand has developed below.

Up until now, Android releases have been named after sweet treats in alphabetical order, including Android KitKat and Android Oreo. Although these names were appetising, they caused confusion with the public as some people didn’t know which version was the most recent. A straightforward number system has been introduced to make things much clearer.

A rebrand that looks good and works better than before is a winning combination, so hats off to Google for giving Android a stylish and practical redesign that will benefit its users.

The updated logo will start rolling out in the coming weeks with the final release of Android 10. Find out more about the new logo in this blog post from Google.