How to Build Firefox

Open source is a dream and a gateway to an amazing career — I’m a testament to that. One of the most amazing open source projects to ever exist, Mozilla Firefox, is a project I’m proud to work on as an employee of Mozilla. It’s rewarding, challenging, and a unique experience…and I want you to join me!

Take a few moments with me to learn how to build the amazing Firefox!

Mozilla Central is the name of the mercurial repository that contains the source code of Firefox. Start by installing mercurial and cloning “MC”:

hg clone {repo_url} is the first and most basic mercurial command, but check out my Mercurial Productivity Tips post to learn more hg commands! “MC” will be installed in a mozilla-central directory.

From C to Rust, Firefox has a fair bit of requirements you’ll need to install. From within the mozilla-central directory, run the following:

The bootstrap command will install dependencies as well as configure mercurial extensions as required. Congratulations — you’re now ready to build!

You’ll thank me for this one! Create a mozconfig file to use artifact builds, which will save loads of time during the build process by downloading pre-built binaries for Firefox’s internals.

Place the code above in your mozconfig file and you’re builds will be super fast!

Once you have the code and the dependencies, it’s time to build the amazing Firefox! You can build Firefox with the following command:

Once you’ve built the amazing Firefox, you can run Firefox with the following mach command:

Congratulations! You’ve taken the Firefox source code and turned it into an application that you can run! The --jsdebugger option opens the “browser toolbox” which allows you to debug the Firefox you’ve just built.

The Mozilla Central repository is updated several times a day as Mozilla employees and contributors like you submit patches. You can update your local checkout with the following:

You local commits will always be draft status while patches which have been merged into MC will be public status.

Whenever Firefox developer and the community develop new features, they’re hidden behind a preference until the feature reaches maturity. To toggle feature flags, you can visit about:config in your local Firefox or any Firefox release. 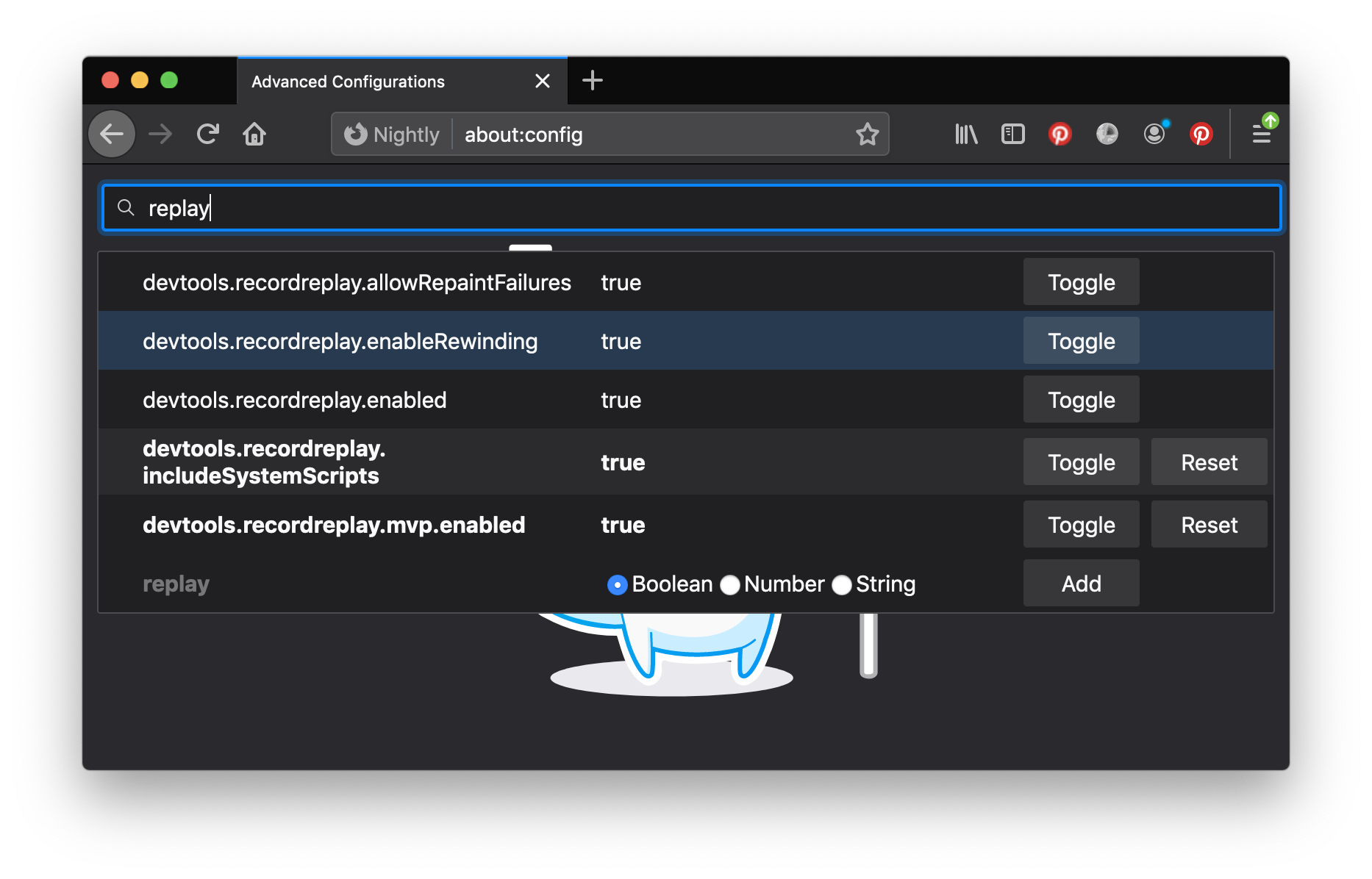 The config page allows you to toggle and set a number of options. Many “edge” features debut behind feature flags in Firefox Nightly.

Congratulations! You’ve turned a massive repository of code into a living, breathing Firefox web browser! In the next post in the Firefox series, we’ll contribution and testing!