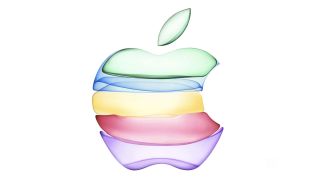 Invites to Apple’s next major launch event, which will see the unveiling of the iPhone 11, have recently been distributed. Save 10 September in your diaries Apple fans, because this is the date of the special event, which will take place at The Steve Jobs Theater in Cupertino.

But rather than everyone focussing their attention on what might be on the cards for the shiny new iPhone 11, it’s the event invite that’s got everyone talking. An (obviously) minimal design, the invitation design simple features a beautiful new colourful version of the iconic Apple logo and a witty one-liner reading “by innovation only”. There have been rumours that Apple might bring back its rainbow logo, so is this a tease of an imminent redesign? (We can’t help but hope so!)

Twitter is rife with speculation, with some suggesting the new logo design features the different colours the iPhone 11 will be available in. Whatever it means, given that the iPhone is already a popular tool with creatives – it’s a regular in our best camera phones round-up – the unveiling of a shiny new version promises to be an exciting event.

According to Tech Crunch, these models are rumoured to feature a triple camera array with an ultra-wide lens. Could this supersede the iPhone XS camera? The iPhone 11 is also suggested to boast a new A13 chip, and wireless power sharing.

The invite comes days after Microsoft sent press invites for its Surface event. And just like the Apple invite, it featured a unique logo that excited interest with the press. We’ll have to wait until 2 October to see if Microsoft launches a dual-screen Surface device though.