The ’90s called… it wants Tesla’s new logo back 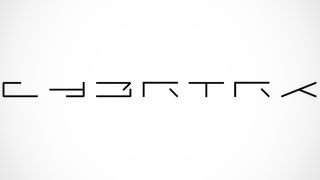 Weren’t the ’90s great? Britpop! Girl power! Net-surfing in cyber-space over a dial-up connection! What a time to be alive, and we’re getting huge ’90s vibes off a new US trademark filing from Tesla and its accompanying logo design.

Elon Musk tweeted last week that Tesla would be revealing its latest electric vehicle on 21 November, near the SpaceX rocket factory in Los Angeles, and that it would be the much rumoured Tesla pickup truck.

Musk also revealed its name: Cybertruck. Possibly the most ’90s name that’s ever been given to any sort of vehicle, it harks back to a time when adding ‘cyber’ to the beginning of any word instantly bestowed it with ultimate hi-tech cool (funnily enough, we didn’t mention adding ‘cyber’ to your logo in our guide to logo design).

Cybertruck unveil on Nov 21 in LA near SpaceX rocket factoryNovember 6, 2019

It gets better, though. The same day as Musk tweeted his announcement, Tesla filed a pair of trademark applications at the US Patents and Trademarks Office, which were uncovered this week by an online sleuth at the Tesla Motors Club.

Not only has Tesla filed a trademark application for the name ‘Cybertruck’, it’s also put in another for the name ‘CYBRTRK’, complete with a logo that could have come straight out of The Designers Republic during its imperial ’90s phase. That was back when it was responsible for the look of one of the coolest videogames on the planet, WipEout on the PlayStation. Seriously, get a load of that wordmark:

It’s not an entirely authentic take on that ’90s TDR look; back then we were still using entire words rather than removing half the letters for stylistic effect, but we’ll let that pass. What gives it that distinctive retro flavour is those totally pared-back letterforms, removing every single extraneous detail while still just about communicating each letter’s identity.

We also love the JPG artefacts on the version of the logo posted in the trademark filing, just because it gives the logo the appearance of having been sent by fax, back when sending images by email was still considered poor netiquette.

We should also mention the wordmark filed along the ‘Cybertruck’ application (below), just because it’s also really ’90s in its own way: ‘CYBERTRUCK’ in block capitals that look an awful lot like Times New Roman. Hey, everyone loved serifs in the ’90s, and Times New Roman was honestly quite cool back then; we also wouldn’t be surprised if Musk had deliberately chosen it to annoy the sort of non-pickup-driving people (i.e. us) who think Times New Roman is past it.

As for the CYBRTRK itself, no-one knows what that looks like yet and you’ll have to wait until 21 November for the reveal. Could it possibly be as awesome as Simone Giertz’s Truckla, made from an actual chopped up Tesla?

Somehow we doubt it. But we’re pleased to note that Musk has invited Giertz and Truckla to the big reveal next week.