Google Glass is the embodiment of a product ahead of its time. Few in the tech world doubt that augmented reality wearables will eventually be big, but if the world isn’t ready for them in 2019, it most definitely wasn’t back in 2014. Google Glass was an awesome concept, but the hardware was simply too sluggish, cumbersome, and creepy to ever catch on.

Breaking into the smartphone market is notoriously difficult, even more so when you’re trying to create a new platform altogether. Microsoft had a head start over both Apple and Google, what with the prevalence of Windows Mobile in the PDA era, but it just couldn’t catch up to Apple and Google’s Rampant success.

Though many thought Microsoft might eventually try making another Windows Phone, the fact the company adopted Android for its upcoming Surface Duo phone makes it clear the company has given up on bringing Windows to your pocket.

Amazon had the potential to be one of the biggest players in the smartphone market, but the company bungled its first attempt so badly, it stopped trying.

Remember that time Facebook kinda sorta tried to break into the smartphone market with its ‘Facebook Home’ interface? Yeah, me neither until I came across it again for this article.

The Coolest Cooler is the epitome of crowdfunding gone wrong. It once held the record for most crowdfunded Kickstarter project ever, at over $13 million. And yet five years after launch, there are still backers waiting to get their unit – units which turned out to be pretty mediocre.

Worse, the company announced this month it had run out of money and would not be able to deliver the remaining units or refunds – which apparently includes a third of the original backers.

No social network has come as close as Google once did to legitimately challenge Facebook. Google launched to massive momentum thanks to a clever system that gave you more control over who to share information with and excellent photos support, not to mention Google’s clout.

But it was also a bit too complicated to use and like so many Google projects, the company bungled its long term execution. It was unceremoniously killed in 2018 after a massive security oversight led to an estimated 500,000 accounts being compromised.

Once upon a time, MoviePass offered film aficionados the ability to pay $10 a month and see almost any film as often as they’d like. It seemed like it would revitalize filmgoing for a new generation. As it turns out, you can’t make a profit by allowing people to see unlimited movies for little over the price of an average single movie ticket every month.

MoviePass promptly ran out of money, angered its few remaining subscribers by constantly changing its benefits and pricing, and at one point already shut down because it couldn’t pay its creditors.

While part of me is remiss to call the Wii U a ‘flop’ given a few excellent titles like Super Mario 3D World, Super Smash Bros 4, and both Skyward Sword and Breath of the Wild, the console just never caught on the way the Xbox One and PS4 did. The relatively poor graphics and odd controller didn’t do much for people, and the console sold poorly.

For a while, it looked like Nintendo might be facing serious trouble; it didn’t have the corporate backing Microsoft and Sony did in case of a flop. But as they say, what doesn’t kill you make you stronger; Nintendo took some of the Wii U’s best ideas and morphed into the Nintendo Switch – the rest is history.

But admittedly, the Wii U isn’t nearly as much of a flop as the Android-based Ouya was. What was supposed to be one of Kickstarter’s early success story ended up serving as proof that making a console is hard, especially if that console only costs $99. The system was plagued by problems and ultimately made nary a dent in the gaming industry.

The Galaxy Note 7 was supposed to be one of the best phones of 2016. It seemed to do almost everything right, with innovative features, a gorgeous display, great battery life, and a sleek design given its large screen.

But then it started blowing up. A lot. Enough that the FAA banned the device from airplanes. Samsung had to issue what remains to date the largest recall of any tech product, even going as far as to issue an update that would forcibly prevent your phone from working.

On the plus side, nobody died, and Samsung got extra serious about its batteries. That’s something, I guess?

Once upon a time, the future of smartphones wasn’t sleek, foldable devices and bezel-less displays. Instead, the future was comprised of modular phones that could be customized to your every whim.

At the forefront was the Lego-like Project Ara, a Google concept that would allow you to customize and upgrade your phones component-by-component.

Unfortunately, the idea proved too complicated to roll out effectively. Save for the mild success of the Moto Z series, with the death of Project Ara so died the dream of modular phones.

Another one for the social media graveyard, few ideas had as much of an impact as Vine’s 6.5-second-long videos did. It’s the reason Instagram does video, and it’s the reason TikTok exists.

Though Vine’s creators never quite figured out how to, you know, make money, the platform spawned countless memes and a community of creators that is still active on other platforms today. Short-lived as it may have been, Vine had an undeniable effect on the internet as we know it today.

For a brief moment in tech history, it seemed like Chinese company LeEco could have stood where Huawei is now. The company had a meteoric rise into the limelight, seeking to buy TV maker Vizio for $2 billion and bankrolling Faraday Future. It had been separately called the Tesla, Netflix, and Amazon of China. It even tried to break into the smartphone market with a media blitz in 2016.

And then it ran out of money and disappeared even more quickly than it showed up.

LeEco’s fall also meant the fall of what was once seen as the second most promising electric vehicle company, behind Tesla. But repeatedly broken promises, drama between executives, and a general cash crunch led to a company that’s now hanging on its last thread.

You can’t fault BlackBerry for lack of effort, but once touchscreen keyboards better got better than hardware ones, the company didn’t really stand a chance.

Sure, BlackBerry tried to compete against Android and iOS for a while with BlackBerry 10, but eventually, it gave up and licensed the ‘BlackBerry Mobile’ brand to TCL to make Android Phones. Not even the once-ubiquitous BlackBerry Messenger survived its parent company’s downfall.

Remember that over-engineered $400 juice machine that literally did nothing except squeeze pre-made juice packs? The one that didn’t even work if it’s not connected to the internet? Yeah, its not around anymore.

Oh Palm. Every time I write about the Palm Pre, my heart breaks a little for the potential embodied in the smartphone and its WebOS platform.

So much of modern smartphones were either copied from or inspired by webOS. Universal search, multitasking via ‘cards,’ OTA updates, gesture navigation, notifications management, web apps, and more were pioneered by Palm. But the hardware didn’t live up to the software.

HP bought WebOS and halfheartedly tried to make something of it, and now LG uses the software for its TVs. How the greats have fallen.

Another heartbreaker, Pebble’s original smartwatch was the first big Kickstarter success story. Unlike Coolest Cooler or Ouya, Pebble actually delivered honest-to-goodness impressive hardware over several generations. But it ultimately couldn’t make enough money to pay for its debt, due in part to a relatively lackluster reception to wearables in general at the time.

Still, Pebble paved the way for the popularity of devices like the Apple Watch and Fitbit Versa – the latter company which eventually acquired the ailing startup. 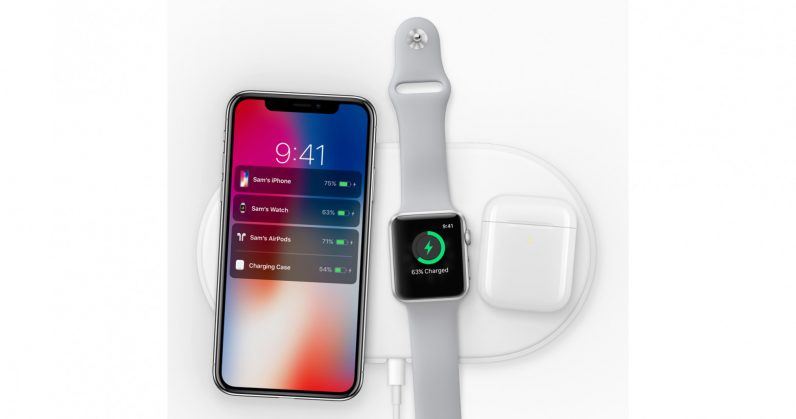 Once upon a time, Apple tried to make wirelessly charging three devices at once a thing. That didn’t happen.

Samsung’s Galaxy fold has been met with some positive reviews. But before it was a success, it was one of the most disastrous launches of all time.

This, of course, made worse by the fact it was also one of the most hyped phones of all time. But when the first batch of review units went out in the spring, the Galaxy Fold simply broke or stopped working for many early testers. Whether a speck of dust got caught in the hinge or the protective film atop the display was peeled off, it was clear the phone was too fragile for the prime time.

At least the Note 7 seemed to work for a while before it started to blow up. Luckily, Samsung got its act together and managed to launch it before the end of the year.