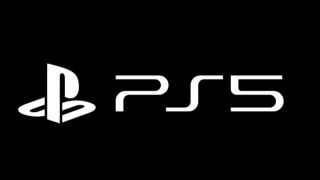 The new PlayStation 5 logo has been revealed, to much fanfare, at CES 2020. To say the moment was an anticlimax would be an understatement. In short, the new PS5 logo looks exactly like the old PS4 logo. Which, to be fair, looked an awful lot like the PS3 logo. See it in all its glory above.

Sony has been slowly releasing information about its next console over the past few months. It’s due to be released “Holiday 2020”. Sadly, this latest revelation wasn’t quite as exciting as we might have hoped – Sony has clearly decided the logo wasn’t broke, and no fixing was required (for more enduring brand marks, check out our guide to the best logos of all time).

We quite like that the new logo gives the impression that it’s just the ‘2’ of the PS2 logo reversed and flipped (it’s not, incidentally, the PS2 logo was a whole lot more angular), but other than that there’s not really much to say.

If Sony execs thought this was a safe design choice that wouldn’t attract too much vitriol from the PlayStation community, they were sorely mistaken. The claws are out and the memes are rolling in fast. Read on for our pick of the most savage takedowns so far (you might also want to check out Twitter’s hilarious reaction to the Xbox Series X last month).

Many commenters are calling out Sony for being lazy…

Don’t tell Sony but they accidentally emailed me the PS6 logo by mistake pic.twitter.com/gFHb4D6B4CJanuary 7, 2020

… but Mike Drucker’s tweet is probably a little closer to the truth.

The funniest part of the PS5 logo being identical to the PS4 logo is you *know* there were HOURS of meetings and discussions and notes and follow up calls and approvals for this design https://t.co/V9KLZCctbhJanuary 7, 2020

Or are there hidden messages that we’re missing?

If you turn the PS5 logo upside down it spells SSD which means – and this is pure speculation – it will contain an SSD. pic.twitter.com/WfXL2lTbkpJanuary 7, 2020

Hmm. Find out everything we know so far on our sister site GamesRadar ‘s PS5 news and rumours roundup.