Disney Plus – Quick wins for a better way-finding experience

Disney Plus was a huge success in terms of sign-ups when it launched on Nov 12. In just 24 hours it amassed over 10 million subscribers, and over 3.2 million app downloads. Having now been a month since the launch, they’ve ironed out initial glitches and started adding features, like continue watching. Overall it feels simple and approachable. One area that still falls short is the navigation and way-finding experience. Inconsistency in patterns and some navigation oversight add friction to the experience, lowering quality, and would benefit from some additional consideration.

The top level navigation menu is clear and simple, and the hover animation that mirrors the motion in the animated logo adds a nice touch. Still, there are two areas that seem overlooked. First, the misalignment of the labels with the rest of the elements in the top bar is a quick win that would make the nav feel more polished.

Second, and more importantly, there are no active states for the menu items. This makes it impossible to quickly scan the menu and identify where you are, forcing you to look at the content below. Inconsistency in page titles amplifies this problem, and although there aren’t a ton of items in the nav, adding an active state could really improve usability.

There are a few different title patterns used within the application. The large distinct titles on the Movies and Series pages work well and clearly communicate what page you’re on. Strangely 3 out of the 6 pages in the nav have their own pattern.

Home is where differentiation probably makes the most sense since it’s the most unique page, aimed to highlight content and help you pick up where you left off.

Search is also a bit unique given it has an oversized search bar across the top of the page. The title pattern is the same as Series and Movies, but once you search the title and content are replaced with your search results.

The Watchlist does not have a page title at all. This is especially problematic since the navigation doesn’t highlight the active page. Looking at the screenshot below as an example, the user really has no clue where they are. It makes this section feel forgotten with respect to the rest of the experience.

On smaller screens the labels are dropped from the nav altogether, and it’s condensed to 4 icons. Home, Search, Watchlist, and overflow. The lack of a page title means that on a smaller screen a user might never know this is the watchlist. It doesn’t seem to be referenced anywhere else in the product.

As an example, following the pattern that has already been established elsewhere (Movies/Series) would add clarity to this page, build on existing patterns reducing divergence, and increase consistency within the experience.

The Originals section also suffers from a rogue title pattern. Disney probably wanted to call out Originals in a special way, but I wonder if users really see the content on this page differently from content in the other sections. Especially since the content from Originals also shows up in the other categories. The animated logo on this page is very prominent and pushes down the content quite a bit, and just seems unnecessary. I’m going to advocate for consistency and make the argument that this page should also follow the same title pattern as the other pages.

A key difference in the nav items here is that the Watchlist has been replaced by Downloads. This probably makes sense given that users are more likely to download content for viewing offline on a portable device. Interestingly, the watchlist is really buried in the app, and is actually lumped in with profile related items.

If you recall on the small desktop screen Watchlist was one of the key items that remained. This choice here is puzzling because I really think there is enough room in the tab bar here to include a 5th icon. This would keep the watchlist in the nav and maintain consistency with the web experience. It might even be worth exploring combining Watchlist and Downloads into one feature.

On the mobile app, Originals, Movies, and Series are content types within the search/explore page. This is a departure from the pattern on desktop but is a clever way to expose those categories within search/explore.

The page title patterns mostly translate over from the web version, and suffer from a similar lack of consistency. The Watchlist does have a title, but again uses a different pattern from some of the other sections in the app.

The only place this pattern differs is on the content detail pages. Here the pattern is reversed and the user has to tap an x in the top right. The placement of this in the opposite corner is frustrating, and it’s hard to justify reasons for changing the pattern here. The x does essentially the same job as the back arrow on any of the other pages. Using the established back arrow pattern would eliminate this point of friction.

Disney Plus feels simple and approachable. The navigation experience does a good job of helping the user find and interact with the thing that matters most, the content. We’ll have to see how the product evolves as more content is added, and as competition from other streaming platforms intensifies.

In August 2019 Walt Disney announced that they are starting their own streaming service called Disney .

A free pilot has launched exclusively in The Netherlands and I thought it would be interesting to dive into their onboarding flow for new customers. The streaming service currently offers a small amount of content their studios (Marvel, Pixar, Star Wars, National Geographic, and Walt Disney Pictures) and is ready to enter the streaming service market.

I’m not necessarily interested in the available content they have to offer right now but I was curious to see how they would onboard new customers in a world with the already existing services (Netflix, Apple , Videoland (NL), Hulu, Amazon Prime Video) and how they differentiate themselves from the rest.

While scrolling on Instagram I stumbled upon the advertisement to get a free exclusive trial until the 12th of November. The main focus of the advertisement is the big five they currently have to offer. On the landing page, you can see they have the same focus but also showcase features like having multiple users, streaming simultaneously with multiple people, offline downloads and a large selection of platforms which are compatible with Disney .

Setting up an account was easy and straightforward. You basically have to enter your email and password to create your personal account. They grouped the CTA button with the terms & agreement what almost made me tap on the checkbox to opt-in for marketing emails.

After creating the account you get the option to pay monthly (€6,99) or yearly (€69,99 instead of €83,88 based on the monthly price). My calculator tells me that you will save about €13,89 when choosing for the yearly payment. Kind of a missed chance there to show the amount you saved in the yearly option which basically means you get 2 months for free.

The checkbox on top of every payment method asks whether to save this preferred payment method for other companies of The Walt Disney Family of Companies. I don’t know what this exactly means but I also don’t want to know. Do they have my payment details next time I’m visiting Disney Land?

Anyway. Big fan of the effortless PayPal One Touch option which allows you to pay directly without entering any details, so I went for that option. The payment is being processed and a subtle Disney themed loader is being shown — nice touch.

After the payment is being processed I was guided to the landing page of downloading the iOS application in the App Store. All pretty straightforward from there. The application has a pretty good overall rating of ⭐3.6 (915) and is currently #1 in the Entertainment app category.

The landing page on iOS has the same aesthetic as the mobile web but it doesn’t show any available content outside of the repetitive imagery from the big five studios. From here I can log in with the account I just created.

The overall look of the application is pretty clean and offers all the basics (category overview, personal favorites with offline capabilities and multiple profiles) you would expect from a streaming service. By default, I got the Micky Mouse avatar. It would have been fun to be able to pick the avatar myself when entering the application.

The Verge did a proper breakdown of the available titles which you can read here if you are interested.

I think Walt Disney did a pretty good job on their first launch without lacking any important features. I’m guessing that the main reason why people would choose for Disney is the (4K) content and it will be a matter of time to see how fast they will be able to expand their catalog to reach a bigger audience.

I hope you enjoyed this breakdown of the onboarding process of the Disney streaming service. I’m very curious about how this growing landscape of streaming services will eventually shape how we watch movies and TV shows.

What do you think is the future of streaming services? 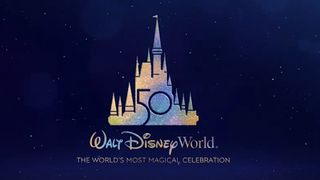 2021 marks the 50th anniversary of Walt Disney World, and while that may be a couple of years away yet, plans are already in full swing for the world’s most magical celebration. As well as organising parties a-plenty, Walt Disney World has revealed a brand new logo design to commemorate the event.

Magic is clearly what the company was after, and there’s no doubt this new anniversary logo fits the bill perfectly. Featuring glittering pastel rainbow colours enclosed in a silhouette of Cinderella’s castle, the logo features a cut-out number 50 and reads underneath ‘The World’s Most Magical Celebration’. And there’s perhaps a hint of Mickey Mouse ears in the ‘0’ and half of the ‘5’, if you turn your head in a certain way. That ‘0’ seems so round we can’t help but think this was intentional.

The logo has a slightly retro feel about it, largely due to the castle moving away from its modern 3D-style design, which has clearly distinguishable features, and hinting back towards the 1995 block castle logo (probably its best-known design). It’s a nice touch, and gives the logo a fitting sense of nostalgia.

As always, the design has been met with mixed opinions from the online community, with some for the new look:

I gotta admit, I like the logo design for the 50th Anniversary of Walt Disney World. It does bring out the shine factor a little bit ✨ pic.twitter.com/psLjZmooyFAugust 26, 2019

And others not quite so convinced:

Whether you like the new design or not, there’s no denying it’s got a certain amount of charm to it. Or are we just being blinded by all the glitter?