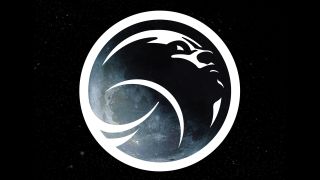 We all know how NASA loves a good logo design, and as well as the new Artemis mission logo, which draws inspiration from the classic NASA ‘meatball’ logo as well as the original Apollo mission logo, it’s just released an Artemis logo to celebrate it sending a woman to the moon.

There’s a special meaning to the Artemis programme’s name; the first moon mission, Apollo, took its name from the ancient Greek god, and Artemis was Apollo’s twin sister as well as being goddess of the moon.

And that’s especially relevant to this new mission, with NASA’s commitment to sending both men and women to the moon. While space exploration has traditionally been a bit of a sausage party (although tell that to Margaret Hamilton, who famously led the team that developed Apollo’s in-flight software), NASA’s aiming to set things straight this time around, and has already demoed a spacesuit design that’s suitable for both men and women.

Artemis, NASA explains, encompasses all its present efforts to return humans to the moon and, as her role as the “torch bringer”, will light NASA’s way on the journey to Mars. The logo shows a representation of Artemis illustrated by the highlights and shadows of the crescent moon topography; it’s a stylish and minimal design that keeps Artemis’ features deliberately abstract, so that all women can see themselves in her. Apparently.

That’s a fantastic touch; while the first woman went into space in 1963 (the Russian cosmonaut Valentina Tereshkova), it’s always been men that have dominated the space business. This new logo changes all that and provides a much-needed piece of feminine iconography for the space programme.

Clearly hoping to fire everyone’s imagination with this forward-looking logo, NASA has provide a whole stack of designs based around it to be used as desktop and mobile wallpaper, in plenty of colour schemes. You can find them all here, and you can read more about the Artemis programme here.